What do you know about Memorial Day? (the following was taken from the editors of History.com)

Memorial Day is an American holiday, observed on the last Monday of May, honoring the men and women who died while serving in the U.S. military.

Originally known as Decoration Day, it originated in the years following the Civil War and became an official federal holiday in 1971. Many Americans observe Memorial Day by visiting cemeteries or memorials, holding family gatherings and participating in parades.

The Civil War, which ended in the spring of 1865, claimed more lives than any conflict in U.S. history and required the establishment of the country’s first national cemeteries.

By the late 1860s, Americans in various towns and cities had begun holding springtime tributes to these countless fallen soldiers, decorating their graves with flowers and reciting prayers.

On May 5, 1868, General John A. Logan, leader of an organization for Northern Civil War veterans, called for a nationwide day of remembrance later that month. “The 30th of May, 1868, is designated for the purpose of strewing with flowers, or otherwise decorating the graves of comrades who died in defense of their country during the late rebellion, and whose bodies now lie in almost every city, village and hamlet churchyard in the land,” he proclaimed.

The date of Decoration Day, as he called it, was chosen because it wasn’t the anniversary of any particular battle.

On the first Decoration Day, General James Garfield made a speech at Arlington National Cemetery, and 5,000 participants decorated the graves of the 20,000 Union and Confederate soldiers buried there.

Cities and towns across the United States host Memorial Day parades each year, often incorporating military personnel and members of veterans’ organizations. Some of the largest parades take place in Chicago, New York and Washington, D.C.

Americans also observe Memorial Day by visiting cemeteries and memorials. Some people wear a red poppy in remembrance of those fallen in war—a tradition that began with a World War I poem. On a less somber note, many people take weekend trips or throw parties and barbecues on the holiday which unofficially marks the beginning of summer.

America has been blessed with those in every generation who have been willing to make the ultimate sacrifice. Let me encourage you to join with us on Monday, May 25th at 3 PM for a moment of silent prayer for The American Soldier and their families that have given their life that we may enjoy the Liberty we have today.

Click HERE for "Taps" performed by the US Marine Drum & Bugle Core.

May God Bless the United States of America!

"For the past four years, we had been purchasing local, grass fed meats and dairy products from a farm who recently decided to shut down their creamery and retire. When we heard about Nature’s Gourmet Farm, we were thrilled to find another responsible and caring farming family who were convicted in their proper and sustainable treatment of the land and animals God provided them. Every single bite we’ve tasted has been superb! The pastured eggs, lard, ground beef, beef roasts and bacon were absolutely wonderful, and the steaks were truly some of the best we’ve ever had! We can’t wait to try more products. Nature’s Gourmet Farm has made permanent customers of our family." 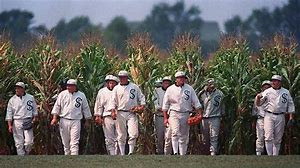